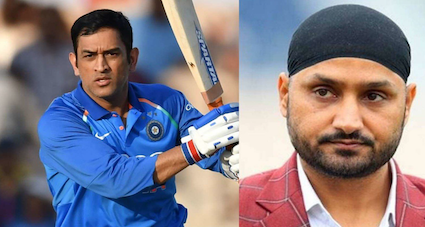 India last won the ODI Cricket World Cup in 2011 and since then MS Dhoni’s match-winning six from the final against Sri Lanka has gone down into cricket folklore.

But former India spinner Harbhajan Singh, who was part of the World Cup-winning team, feels the win was possible only due to teamwork and not due to individual performances.

During a discussion on IPL’s host broadcaster Star Sports’ pre-match show, Mohammed Kaif made a reference to Shreyas Iyer and said that his captaincy propelled his former franchise Delhi Capitals to the final of the 2020 season.

This did not go down well with Harbhajan, who contradicted this view and asked if “the rest of the players playing gulli-danda?”. He then said that when Australia wins a World Cup, the entire team gets the credit, but when India won it, it was MS Dhoni who was singled out for praise.

Harbhajan pointed out that a victory is possible when a group of players play well together to prove his point further.

Shreyas Iyer is currently the captain of the Kolkata Knight Riders after DC decided not to retain him and made Rishabh Pant the official captain of the franchise. In the clash between the two teams this season, it was Pant’s DC which came out on top.