Bail denied, bail granted: All in a day to Pinarayi Vijayan’s son-in-law 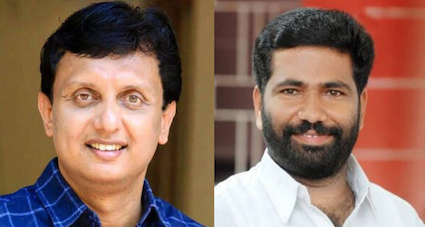 In a long pending case, the Communist Party of India -Marxist (CPM) leader and Democratic Youth Federation of India President Muhammed Riyaz along with CPM MLA TV Rajesh were remanded for 14 days by a Kozhikode court in connection with a case for protesting against Air India for cancellation of flights and increase in airfares. There were damages to the Air India office.

However, in less than 24 hours of remanding them to judicial custody in a 2009 case, a court here on Wednesday granted bail to CPI-M leader and MLA T V Rajesh and two Democratic Youth Federation of India leaders, including its all India president Muhammed Riyaz

While Riyaz is the son-in-law of Kerala Chief Minister Pinarayi Vijayan, Rajesh is a two-time legislator from Kannur district. They had launched the protest against the air tariff hike and reduction in the flight services by the national carrier in Kozhikode in 2009.

The leaders had obtained bail in the case and after the expiry of the bail period, they approached the court again for bail. However, On Tuesday when they appeared before the local court, the court sent them to two weeks judicial custody.

Riyaz married Pinarayi Vijayan’s daughter Veena last year. It was the second marriage for both.