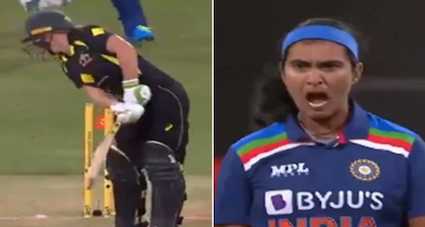 India’s right-arm pacer Shikha Pandey bowled Australia’s Alysa Healy with a delivery during the second T20 on Saturday which has been described as the “ball of the century” by former India Test cricketer Wasim Jaffer.

It was only her second delivery of the match when Shikha apparently pitched a delivery on the eighth stump but it moved dramatically to hit the top of the stumps.

The video of the wicket has gone viral.

Though India lost tamely to Australia in a match played at Queensland’s Carrara Oval, the ball was still talked about much, much later.