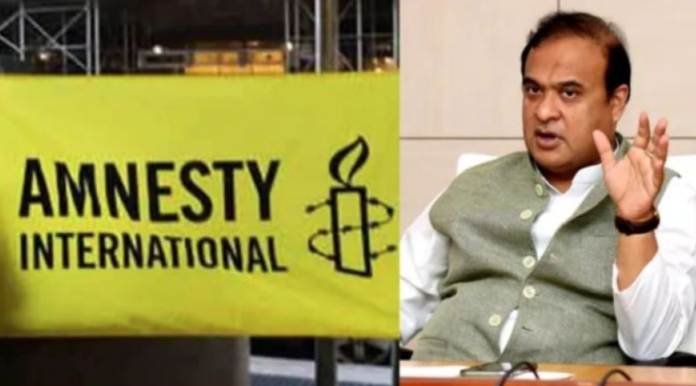 “Amnesty International is infamous for its long history of hatching conspiracies against India’s democratic fabric & its leadership. I strongly condemn this conspiracy and demand a ban on activities of such organisations which are hell bent on defaming & harming our nation,” Sarma said while adding that such organisation would go “to any extent to defame India’s democratic fabric.”

He argued that if Congress leader Rahul Gandhi thinks that his mobile phone is hacked, he could have filed an FIR and go for a forensic test of the phone.

There was evidence earlier, but with this recent incident, it is now clear that Amnesty can go to any extend to defame India’s democratic fabric, Sarma claimed.

His statement came after Paris-based media non-profit organisation Forbidden Stories and Amnesty International published a leaked list of more than 50,000 phone numbers from across the world that are believed to have been the target of surveillance through Pegasus software of Israeli surveillance company NSO Group.

Amnesty International, since its establishment in India, is working to defame India rather than protecting the human rights of Indian people. Last year in September, the organisation halted its activities in the country when its activities were found to be suspicious by the government.

It was also found that the organisation was working illegally in India as it failed to obtain the necessary permission to work in India.

The Government of India even seized all the bank accounts of Amnesty. In February, the Enforcement Directorate attached movable properties worth â‚¹ 17.66 crores as part of a money-laundering probe.