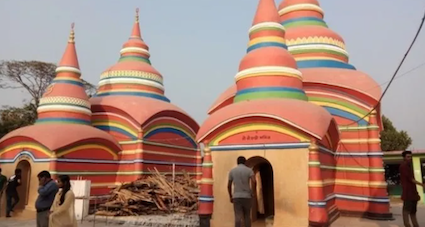 In Bangladesh, some miscreants hung the plastic bags containing raw beef on the doors of three Hindu temples. The incident took place in Gendukuri village of Bangladesh’s Hatibandha Upazila.

The local Hindu community members staged protests at the Sri Sri Radha Govinda temple in the village, demanding the arrest of culprits involved in the incident.

Dilip Kumar Singh, president of Hatibandha Upazila Puja Udjapan Parisha also told that four complaints were filed with Hatibandha Police Station and “police have assured us that the culprits will be arrested.”