Behind Pak move, is a deep-seated fear of Kashmiris opening up to Arab world 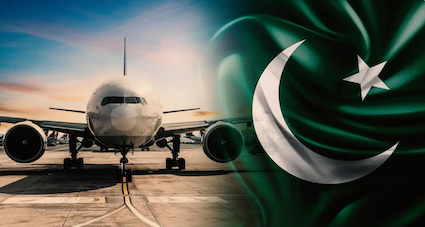 Pakistan has defied all international aviation norms and exposed its agenda while disallowing overland route over his territory to Srinagar-Sharjah flights.

The details are now common knowledge but the machinations betray a deeper anxiety of a sick regime in our neighbourhood.

UAE has banned the entry of Pakistan labour for two years now. Saudi Arabia regularly asks for repayment of its loans besides other humiliations it heaps on Pakistan. Further, Imran Khan’s government has snuggled close to Turkey, much to the annoyance of UAE and Saudi Arabia.

The latest spark has been provided by a MoU signed between UAE and the Jammu and Kashmir govt which would facilitate export of products and goods from the Valley and help the livelihood of Kashmiris in people-to-people exchange.

So a nation which keeps harping about the welfare of Kashmiris, isn’t happy about them doing well.

There is more than trade and commerce which is at stake. Pakistan is also afraid that people-to-people contact between Kashmiris and Arab people could expose its agenda and nefarious activities it has been carrying out in Kashmir Valley for decades.

Pakistan, as can be recalled, has recently been retained in “Grey” list of Financial Action Task Force (FATF) a global body which keeps a watch on rogue nations and it affects global multilateral financial organizations from extending loans to them.

Former Pakistan’s ambassador to India, Abdul Basit has termed the growing links between UAE and Jammu and Kashmir as failure of his government.

UAE and Saudi Arabia have had this image of fundamentalist Islamic States but they are trying to free themselves from this hardliners’ image in recent times.

Indeed a West Asia “Quad” is taking place with Israel, UAE, India and US on the same page which reflects India’s ability to carry traditionally opposed nations on a common platform.

Meanwhile, the Pakistan government’s decision has come as a surprise to officials both at the Centre and in Union Territory (UT) of Jammu and Kashmir.

This flight was started barely 10 days ago on October 23 after taking Pakistan into confidence and there were flights on October 24, 26 and 28.

The move by Pakistan is against international aviation norms as the International Civil Aviation Organisation (ICAO) First Freedom Right grants the right to civilian aircraft to fly across a territory without landing.

Before the first flight on October 23, Pakistan had promised to adhere to ICAO norms. With Srinagar-Sharjah flight becoming operational, it was expected that more flights going to West Asian nations could start operating from Srinagar.

Many Kashmiris fly to Riyadh in Saudi Arabia for annual Haj pilgrimage and for Umra. A good number of professionals from Kashmir are employed in several West Asian nations. Direct flights to Sharjah and other destinations were most useful for Kashmiris.

Former chief minister Omar Abdullah took to Twitter to mark his disappointment at the development. He recalled that Pakistan had sabotaged an international Srinagar-Dubai flight during his tenure in 2009-10 also.

“Very unfortunate. Pakistan did the same thing with Air India Express flight from Srinagar to Duab in 2009-10. I had hoped that @GoFirstairways being permitted to overfly Pak airspace was indicative of a thaw in relations but alas that wasn’t to be.”

When the overflight rights for Srinagar-Sharjah flight were given, Omar had remarked: “Good to see the refusal of space usage is a thing of the past.”

The alternative route the flight will have to take will make it 90 minutes longer and far costlier. The Srinagar-Sharjah flight route will now be via Udaipur, Ahmedabad and overfly Oman. The flight will thus become more expensive, and put a burden on passengers, Kashmiris all. According to aviation experts, the flight is likely to become commercially unviable and stopped soon.

The ministry of external affairs has been informed about Pakistan’s decision as has the civil aviation ministry. No comments have been offered by either ministry so far nor has Pakistan said anything about its decision either.

Interestingly, a cargo transportation agreement had also been put in place to carry some high value Kashmiri fruits and other goods to Sharjah. This too will become redundant due to denial of overflight rights.