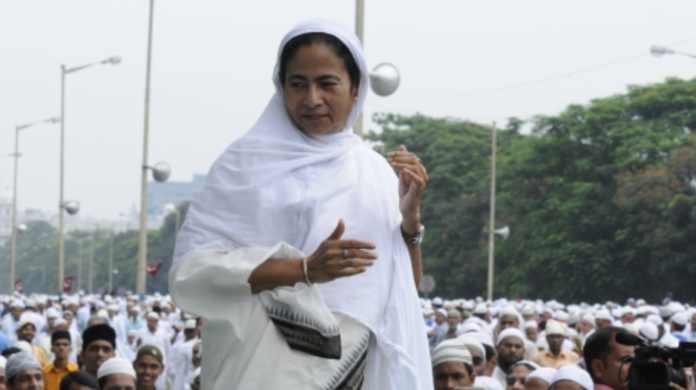 That is one aspect of the appeasement politics being pursued by Trinamool Congress led by Chief Minister Mamata Banerjee. There are some other preferences accorded to Muslim clerics which are not that well known. For one, only about 8,000 purohits get this meagre amount as opposed to around 55,000 to 60,000 Muslim clerics getting state support.

Not only that, even Bangladeshi and Rohingya Imams are entitled to Rs 2,500 per month by Mamata’s government. This is because for getting the government support, the Imams do not need any proof of residence or other documents. In contrast, the purohits have to produce Aadhar cards as also permanent residency of the state.

These discrepancies in honorariums of Hundu and Muslim priests were pointed out by Suvendu Adhikari, who joined BJP recently after quitting Trinamool Congress. He was addressing a public gathering from the stage of “Sanatana Brahman Trust” in Kolkata. As if all the above mentioned points were not enough, Suvendu pointed out that the meagre honorarium for Purohit was started barely a year back while the Imams started getting state support over a decade ago.

Suvendu said: “You tell me why honorarium for Imams is Rs 2,500 per month while that of Purohits is just Rs 1,000 per month? Why is this difference?” He added: “If you want to receive an honorarium for being an Imam, you do not require any local or permanent residency of the state.”

Suvendu alleged that while all the Imams have been receiving their payment, a majority of Purohits are being denied even the pittance they get. The BJP lesder further said that many Trinamool Congress leaders have been siphoning off the honorarium, under the pretext of being one.

“Those who aren’t even Brahmins have received the grant from the government in the South 24 Paraganas district. Their only identity is that they are TMC leaders,” he concluded.

Rajib Banerjee, another TMC leader who quit the party ans joined the BJP a couple of days ago, also accompanied Suvendu Adhikari. He said: “I am making it clear from this stage of Santana Brahman Trust that as long as all Purohits in the state go not get their due share, we will continue our democratic agitation against the government.”

Incidentally, it bears mention here that it was in April 2012 that Mamata had announced the payment of Rs 2,500 per month for the Imams. The Purohits started getting Rs 1,000 per month only in September 2020 in the run-up to this year’s assembly elections scheduled in April.