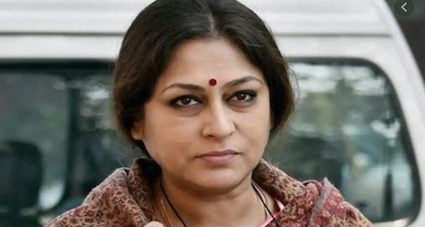 Yesterday, three prominent Bharatiya Janata Party (BJP) leaders were arrested by Bengal police for protesting against the ongoing attacks. Rajya Sabha MP Roopa Ganguly, Asansol MLA Agnimitra Paul, and Coimbatore (South) MLA Vanathi Srinivasan were conducting the protest against the violence by TMC goons at the Gandhi Murti in Mayo road crossing in Kolkata. The administration has limited public gatherings to 20 people. It is alleged only 8 people were there protesting with the women leaders. Despite following the covid protocols, they were charged with unlawful assembly and were taken to the Lal Bazaar’s lock-up.

Agnimitra Paul said they only wanted to stop the protest. ‘Actually, they arrested us to prevent us from protesting, not for violating Covid-19 protocol’, she said.

Not only political leaders but TMC has also filed FIR against Bollywood actress, Kangana Ranaut for allegedly instigating communal disharmony with her remarks.

TMC spokesperson Riju Datta has lodged an FIR against the actress in Kolkata’s Ultadanga police station. Riju alleged that Kangana has given a hate speech against the TMC party after they won the Bengal elections over BJP. Kangana had tweeted mentioning the Prime Minister about stopping the ‘gundai’ in Bengal with ‘super gundai’.

Following the FIR registered against her, Kangana accused the Bengal Chief Minister and said, “You cannot scare me with many cases or FIRs.”