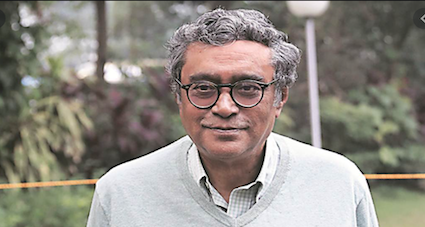 Rajya Sabha MP Swapan Dasgupta and Union minister Babul Supriyo are also in the poll fray this time. Actor-turned-politician and sitting MP Locket Chatterjee has been fielded from Chunchura and another MP Nishit Parmanik from Dinhata.

“We are announcing the names of 27 candidates for the third phase and 38 candidates for the fourth phase of polls in West Bengal. Economist Ashok Lahiri will contest from Alipurduar, Rajib Banerjee from Domjur, and Rabindranath Bhattacharya from Singur,” said BJP National General Secretary Arun Singh.

Mamata turns out in rally

Meanwhile, West Bengal Chief Minister Mamata Banerjee today said that despite being in pain she will continue to fight boldly and called on people to ‘never bow down to cowardice’. She also turned out in a rally.

“We will continue to fight boldly! I’m still in a lot of pain, but I feel the pain of my people even more. In this fight to protect our revered land, we have suffered a lot and will suffer more but we will NEVER bow down to COWARDICE!,” she tweeted.

West Bengal is likely to witness a triangular contest this time with TMC, Congress-Left alliance and the BJP in the fray.

BJP leader Amit Malviya meanwhile demanded an apology from Mamata Banerjee and TMC after the Election Commission of India (ECI) ruled out her injury at Nandigram being the result of an attack. Noting that EC’s ruling was embarrassing for outgoing CM Mamata Banerjee, BJP’s IT cell head Amit Malviya claimed that the people of West Bengal were misled by false claims of an alleged attack.

Must be quite embarrassing for Mamata Banerjee, the outgoing Chief Minister of Bengal, to be called out for being economical with truth on the alleged attack in Nandigram.

Pishi must apologise to the people of West Bengal for misleading them.

As per ANI, the ECI ruled out the possibility of it being an attack based on the reports of the poll observers and the Chief Secretary of Bengal, and it has said that details relating to this will be given in due course.