BJP to be revamped in Delhi; looks for young leaders of tomorrow 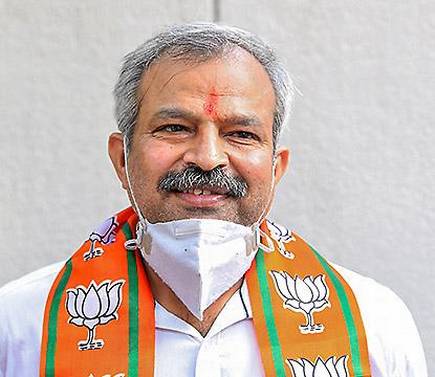 Bharatiya Janata Party (BJP) has decided to revamp its Delhi state unit where the existing set up must give way to a younger lot.

As per a report, BJP wants to have persons below 45 years as block presidents and those below 55 years as district presidents, said the party’s Delhi chief, Adesh Gupta.

BJP, it must be said, hasn’t won a state election in Delhi for 33 years even though it’s running Municipal Corporation of Delhi (MCD) for 10 years. While the state elections were held early 2020, in which BJP managed just eight out of 70 assembly seats, the next MCD elections are due in 2022.

The decisions apparently were taken in a core group meeting on Sunday in which two central observers—Arun Singh, BJP national general secretary and Vijaya Rahatkar, women’s wing national president–were also invited. Besides party MPs were also present for this exercise of formation of a new state team.

As per decisions taken, the city has been divided into 14 districts and 280 blocks. The state unit would select general secretaries, vice-presidents, secretaries, Morcha heads, media panelists, spokespersons and incharges this month.

It is learnt that younger people would now get preference over old guards as the party looks for new young leaders of the future.

Adesh Gupta himself is a first-time sitting municipal councillor from the North Delhi Municipal Corporation where he represents West Patel Nagar and served as Mayor in 2018. He had replaced Manoj Tiwari who was BJP’s face and president of the state unit in the 2020 assembly elections

Gupta had begun his career as a student activist of the Akhil Bharatiya Vidyarthi Parishad (ABVP) at Kannauj in 1986. He rose to become the state joint secretary of the party in Uttar Pradesh.

Gupta had moved to Delhi in 1994 following which he was appointed the national office secretary of BJP Yuva Morcha. He held various positions within the Delhi state unit from block to district to state levels between 2009-2014.