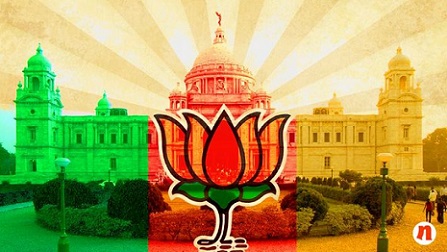 Mamata Banerjee and her Trinamool Congress (TMC) would bite the dust in the West Bengal assembly elections in April-May 2021 and the Bharatiya Janata Party (BJP) would be a clear winner.

This has been opined by noted former Supreme Court judge Markandey Katju in a piece, claiming that Mamata Banerjee’s appeasement of Muslims would be the reason for such a reversal.

“West Bengal was a secular bastion but of late communalism has exponentially increased. This shift is largely due to Chief Minister Mamata Banerjee’s short-sighted Muslim appeasement policy which has deeply antagonized the Hindus,” claims Katju.

Katju is no friend of BJP—having been deeply critical of Gujarat in the past—and he is not a Muslim-hater either. Indeed, he was hugely critical of Salman Rushdie on his “Satanic Verses” claiming that it had deeply hurt Muslims and that an individual’s freedom of speech has to harmonize with public interest.

“Muslims are about 27-28 percent in West Bengal and probably Mamata thought that she must keep secure this vote bank,” wrote Katju, asserting that his ground report from Bengal is that 70 percent of Hindus in the state are angry and would vote for BJP.

Katju has come to such a conclusion on the basis of several instances. He quotes the below ones as instances of Muslim appeasement in the state:

(b)   There are other sops like scholarships in educational institutions to Muslim children, and housing and land grants to the Imams. This order was declared discriminatory and unconstitutional by the Calcutta High Court

And Katju mentions below instances as the ones which has angered Hindus and made them hostile to Mamata Banerjee and her TMC government:

(a)   She prohibited Durga Puja idol immersion after 4 pm on October 12, 2016 since the next day, October 13, ws Muharram. This order, which enstranged and greatly embittered the Hindus, was also struck down by the Calcutta High Court with strictures against the state government;

(b)   She led anti-NRC and anti-CAA rallies in Kolkata which antagonized the majority Hindu community in the state, which felt that these laws were necessary to prevent a huge influx of Bangladeshi Muslims into the state;

Katju is known to speak his mind but his integrity is unimpeachable in the eyes of fellow jurists and people in the know. He had earlier warned the police and administrative authorities that they could face action for following “illegal orders” as happened to the Nazi war criminals during the Nuremberg trials. “The West Bengal officials should take a lesson from the Nuremberg verdict if they do not wish to suffer a similar fate,” Katju had said.

Interestingly, Katju is of the opinion that even Muslims are not quite happy with this overt appeasement of theirs in the state.

“My friend told me that even many Muslims in West Bengal have turned against Mamata Banerjee due to her mercurial temperament. They feel her vociferous and vehement pro-Muslim stance has turned their Hindu brethren–with whom they had lived in amity for long—communal and anti-Muslim, thus harming Muslims.”

Katju, in the piece, then dwells on the history of West Bengal since independence. Congress ruled the state till 1967 when the Left Front led by the CPM came to power. It ruled till 2011 after that Mamata Banerjee’s TMC has been at helm.

“First, “the Congress cadre largely went over to the TMC but now it seems a large section of the Hindus among both CPM and even the TMC have gone over to the BJP,” wrote Katju.

Katju cites as evidence the 2019 General Elections when the BJP won 18 of the 42 seats from West Bengal—this from a party which had claimed only 3 seats out of 294 in the 2016 state assembly elections.

“It portends a clear BJP victory in the coming state assembly elections. Union home minister Amit Singh and the BJP president JP Nadda have announced they would be coming every month to West Bengal.

“It appears that the saffron flag will soon be flying over Writers’ Building,” concludes Katju.