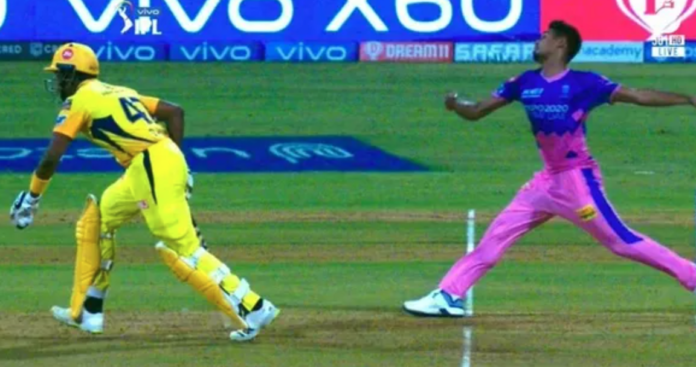 Look at the picture above. Mustafizur Rehman of Rajasthan Royals has overstepped the bowling crease but look at the Chennai Super Kings batsman, Dwayne Bravo. He has stolen a yard while backing up at the non-striker’s end.

Harsha Bhogle, the commentator, was livid on mike in Mumbai on Monday. How is it unfair to “mankad” him if he is stealing a yard in running? A bowler with a few millimetres outside his bowling crease is penalised with a no-ball. A batsman who steals a yard, you can’t run him out.

“Look where Bravo is…. That is why I believe you’re entirely within your rights – it should almost be mandatory in team meetings – to say, run him out. All this talk about not being in the spirit of the game is so much nonsense.” pic.twitter.com/48G4WNhs82

This is in reference to the match between Chennai Super Kings and Rajasthan Royals match in Indian Premier League (IPL) in Mumbai on Monday.

Ravichandran Ashwin was criticised heavily a few years ago when he had “mankaded” Jos Buttler for backing too far at the non-striker’s crease. But looking at the advantage which batsman steal at the non-striker’s end, like Bravo did last night, it seems only fair to run them out.