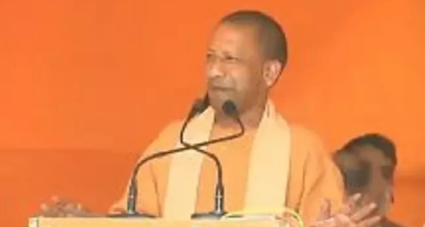 “Bulldozers will roll again after March 10,” said Uttar Pradesh chief minister Yogi Adityanath ahead of the high-stake fight for Mainpuri’s Karhal on Friday.

Yogi chose to make the statement at Samajwadi Party’s head Akhilesh Yadav’s own turf at Karhal.

The results of the seven-phase UP polls would be out on March 10.

“Seeing their impending loss in Karhal, the Opposition launched a cowardly attack on SP Singh Baghel. But don’t worry. Remember, we have acted against those goons who were protected by SP govt. I have sent all bulldozers for maintenance. After 10 March, when bulldozers will start to roll again, those who are acting up now will sober down then,” said Adityanath.

The convoy of Union Minister and BJP leader Satya Pal Singh Baghel was attacked and pelted with stones in Karhal in Uttar Pradesh’s Mainpuri district late on Tuesday evening.

Targetting Yadav, the CM added, “Azamgarh chose him (SP chief Akhilesh Yadav) as its MP. But since he didn’t visit Azamgarh even once in COVID time, he couldn’t gather courage to fight (Assembly poll) from Azamgarh”. Yadav had initially stated that he will ask ‘people of Azamgarh and decide’ but later announced to fight polls from Karhal.

Falling under the Mainpuri Lok Sabha constituency which is considered Mulayam Singh Yadav’s turf, Karhal has been won by SP since 1993 barring 2002 when BJP’s Sobaran Singh Yadav secured victory. The latter joined SP subsequently and has been the winning candidate of the Akhilesh Yadav-led party since 2007.