Calcutta HC shames Mamata’s Bengal like few in independent India: ‘Even minor girls were not spared’¦’ 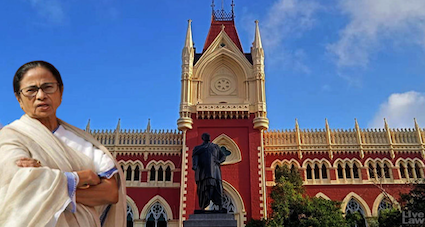 Calcutta High Court, on the intermit report of National Human Rights Commission (NHRC) on the post-poll violence in Bengal, made observations today on the Mamata Banerjee government which are arguably the most damning ever made against a State government in post-independent India.

The Calcutta High Court not only observed that there was “post-poll violence” in Bengal but also “minor girls were assaulted sexually.” While all this while the State “was on a denial mode.”

The five-judge bench of Acting Chief Justice Rajesh Bindal and his colleagues, passed the order on a batch of petitions on post-poll violence after going through an intermit report by the NHRC.

In a particularly scathing passage, the Calcutta High Court noted:

“From a perusal of the report prima facie stand taken by the petitioners is established that there had been post poll violence and the state was found on a wrong foot, where throughout it was on a denial mode. In violence, number of persons were killed. Many suffered sexual violence and grievous injuries. Even minor girls were not spared. They have been brutally assaulted sexually.

“Properties of many of them were damaged and number of them were forced to leave their houses and even migrate to neighbouring states. Till date the state has not been able to create an atmosphere that could build confidence of the sufferers to return back to their homes or carry on their occupation. The complaints of most of them were not recorded by the police or cross cases were forced against them.”

The High Court didn’t call the State police a disgrace but stopped just short of using most harsh adjectives on the law and order machinery of the State.

“Investigation of the cases registered was in slip shod manner and hardly any arrests were made in such heinous crimes. Some of the cases have not been registered although prima facie they disclosed commission of cognizable offence, in most of the cases accused have been bailed out.”

The Calcutta High Court was distraught that people, fearing for their life, were not coming forward to file complaints against their violators.

“Surprising fact available from the report is that state authorities, had been claiming throughout, that there were no complaints received by them but when opportunity was given to the complainants to file complaints with the State Legal Services Authority or the NHRC, the authorities were flooded with complaints. People are afraid to even disclose their identity to apprehending threat to their life and property.

“Many of the persons injured in the violence are facing problems in their treatment also, with no support from the State. Some are facing difficulty in getting their ration as their ration cards have been taken away by the goons.”

“The committee has also recorded in the interim report that different authorities have failed to respond to the queries raised by it. It shows there is more to conceal than to reveal.

“It has also been mentioned in the report that Atif Rasheed, a member of the Committee was obstructed from discharging his duty when he and his team members were attacked by certain goons on June 29, 2021 in Jadavpur area. No police protection was given to them even though prior notice was given to the

District Magistrate and the local police.”

A show-cause notice for contempt of court proceedings has been issued against Rashid Munir Khan, the deputy commissioner of police of South Kolkata, for failing to protect the NHRC team, visiting Jadavpur to examine allegations of post-poll violence. District magistrates and Superintendents of Police in a few districts have also been served notices.

The NHRC intermit report was submitted on June 30. The next court hearing is on July 13 when the NHRC is expected to submit its final report. The NHRC had been ordered by the High Court on June 18 to constitute a committee to examine complaints on post-poll violence.

The NHRC committee had not only confirmed the premeditated violence in Bengal, targeted attack on supporters of opposition party, but also submitted 15 recommendations, observing “immediate actions were needed to restore confidence of common man.”

The High Court has also ordered a second post ported to be conducted on BJP worker Avijit Sarkar who was lynched and killed by a mob after the poll results were announced on May 2. Sarkar had taken to Facebook to narrate his terrifying ordeal by the Trinamool Congress goons.