Can we be allowed to commit suicide?: 281 doctors write to Uddhav Thackeray 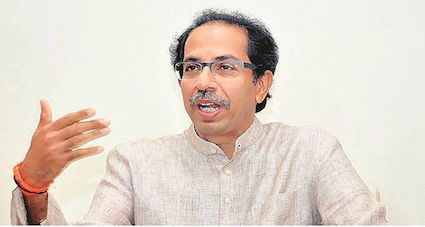 Highlighting the poor state of doctors under the Uddhav Thackeray-led MVA (Maha Vikas Aghadi) government, as many as 281 doctors have written to the state chief minister, asking him to grant permission for suicide.

In the letter, the doctors have expressed their disappointment for the ill- treatment of doctors amid the Covid-19 pandemic. They also lamented for their prolonged posting in backward tribal areas without having basic facilities.

The letter was surfaced after Swapnil Lonkar, an ayurvedic doctor ended his life for he was denied a posting even though he had cleared the MPSC (Maharashtra Public Service Commission) exam.

One of the major signatories, Dr. Sheshrao Suryavanshi further highlighted that police and government officials serving in areas overrun by red terrorists (Naxal-affected areas) are given special incentive allowances but we doctors have to make do with a mere 24000 rupees.

Dr. Suryavanshi further added that even though doctors have been working tirelessly even in the remotest areas but the government hasn’t even shown an iota of humanity while extracting work from us doctors.

Though last year, state deputy CM Ajit Pawar and Health Minister Rajesh Tope has decided to increase their salary to Rs. 40,000 from Rs. 24,000 but no action was taken on it yet.