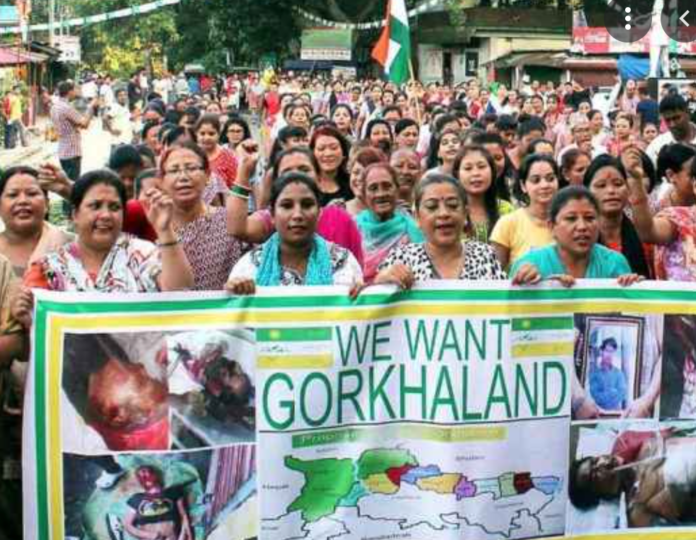 Bharatiya Janata Party’s Alipurduar MP John Barla demanded for the bifurcation of West Bengal and carving out a Union Territory comprising North Bengal districts out of the state.

“I made the demand as there have been movements here for a separate Kamtapur, a greater Cooch Behar and for Gorkhaland. My belief is that North Bengal should be detached and made into a separate Union Territory,” Barla had said.

After him, now BJP MP Soumitra Khan has now claimed that a statehood movement is building up in the Jangalmahal region of the western part of the state.

She said that the movement has spread over to districts like Birbhum, Burdwan, Asansol, East and West Midnapore, much beyond Purulia, Bankura and Jhargram which falls under Jangalmahal.

However, the BJP state unit has denied supporting such claims and has distanced itself from Barla’s remarks. BJP Bengal chief Dilip Ghosh said they don’t have any agenda of dividing Bengal.

Notably, Alipurduar is the only district where the saffron party had won all five assembly seats in the recent polls. The north Bengal region has been witnessing the Gorkhaland agitation since the 1980s.

The saffron party has a strong support base in north Bengal. The only opposition party in the Bengal Assembly, the BJP has been working to expand its support base in Jangalmahal which was once part of the Maoist corridor.

Meanwhile West Bengal Chief Minister Mamata Banerjee said she would not allow BJP to divide the state and “take away people’s rights”.