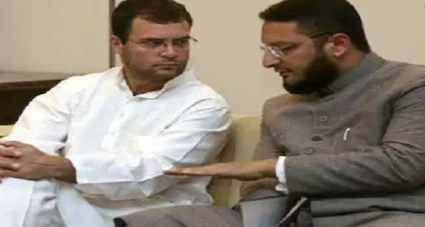 “They have tried to spoil the atmosphere by bringing a Hindu-Muslim angle into the incident. Two Muslim youths are accused in the matter. The video has been shared as part of a conspiracy to incite riots,” he wrote in his complaint.

The BJP MLA has alleged that an attempt has been made to spoil the atmosphere by spreading enmity between Hindus and Muslims in Loni and other parts of the country by tweeting the video.

Recently a video went viral on social media in which six people could be seen trashing a Muslim elderly man. However, the Left-liberal fuelled with their hatred motive, tried to give it a communal angle.

Former Congress president Rahul Gandhi, even after Ghaziabad police released the clarification, continues to spread misinformation that religion was the major reason behind the crime.

The self-proclaimed actress, Swara Bhaskar, quoting the video with no sound, claimed that Hindu man had forced Saifi to chant Jai Shri Ram. Apparently, nobody knew about her hidden talent of hearing things from a video without sound.

Singing the same tunes, Owaisi also tried to give the incident a communal angle, saying that the incident was the result of hatred against Muslims.

However, the Ghaziabad police have confirmed that there was no religious angle behind the attack but still they chose to spread misinformation.

He informed three persons have been arrested and an FIR has been registered against nine, including Twitter and Twitter India in connection with the matter.