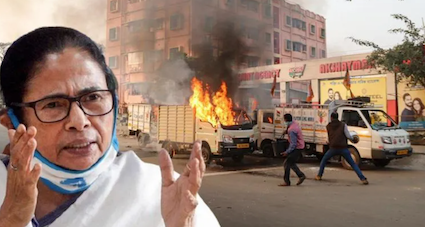 The CBI special teams will operate from New Delhi and probe into rape and assault cases.  Investigating officers will be visiting West Bengal and the violence-affected areas soon as well.

Each team will be headed by a Joint Director-level officer and comprise a Deputy Inspector General, a Senior Superintendent of Police, and three Superintendents of Police; altogether, 25 officers will be on the job.

In a major development, claiming that as “the State (referring to West Bengal) had failed to register the post-poll violence,” a five-judge bench headed by acting chief justice Rajesh Bindal said the CBI would probe the serious allegations of rape and murder and a three-member SIT those of arson and loot, under the court’s supervision.

Trinamool leaders have started painting the orders by Calcutta High Court as ‘transgression on the State’s right,’ expressing their major frustration.

The court further directed that “heinous crimes of murder and rape deserve to be investigated by an independent agency,” and asked CBI and SIT to submit their status report within six weeks – the matter will be heard next on October 4.