CBI raids in West Bengal, Jharkhand on theft of coal and illegal mining 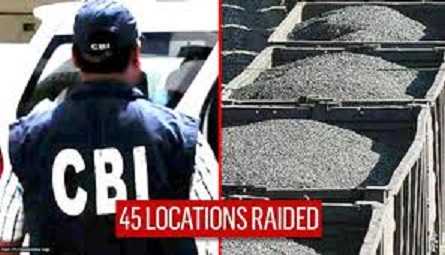 The CBI on Saturday conducted raids at 45 places spread across four states namely West Bengal, Jharkhand, Bihar and UP. These raids were done in connection with a case pertaining to illegal mining and theft of coal from Eastern Coalfield Limited (ECL). The operations of the public undertaking are mainly in West Bengal and Jharkhand.

It was on Friday that an FIR had been lodged against some officials, chief security officer of ECL and a private contractor Anup Majhi. The home and offices of Majhi, who lives in Asansol, the second largest city of West Bengal, are being searched. Raids are also on in Durgapur, Raniganj in Burdwan and Bishnupur in South Parganas.

Majhi is also known as “Lala” has been accused of running illegal operations in open cast coal mines along Bengal-Jharkhand border. Part of these proceeds are allegedly also going into the coffers of some political parties. During his recent visit to West Bengal, Union Home Minister Amit Shah had asked: “Why is Chief Minister Mamata Banerjee so concerned about raids against Lala?”

The CBI has also cracked down on cattle smuggling case in West Bengal arresting the alleged kingpin and a BSF officer in the process. It is also investigating whether there was any linkage between cattle smugglers and coal rackets.