Central Vista would save Rs 1,000 per year spent on rent by government 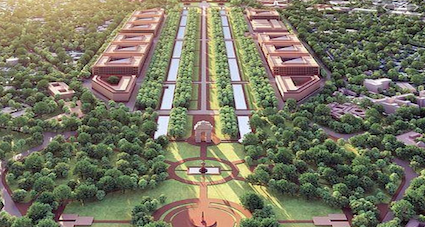 Amid criticism for the redevelopment of Central Vista, a government official said the project would save Rs 1,000 crore rent per annum, which currently the government spends to accommodate various offices.

Solicitor General Tushar Mehta while informing to the Supreme Court revealed that the new Central Vista project will save public funds worth Rs 1,000 crore that the administration has been spending annually on rent expenditure. He further added “Several offices of the central government are scattered in different places and many are in rented buildings that require huge amount. Once entire Central Vista project gets completed, all offices will come under one place. This will not only save the rent, but also have better co-ordinated workplaces.”

The project includes the construction of a new Parliament House and 10 administrative buildings for all government ministries. It also includes converting the existing North and South blocks into museums. The project also proposes the development of the Central Vista that connects Rajpath to the India Gate.

Meanwhile only two projects – the Parliament building and the widening of the central vista stretch – are underway.