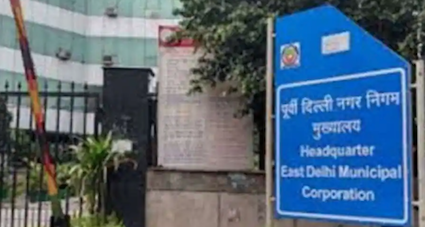 The Union Cabinet on Tuesday cleared a bill for the merger of the three Municipal Corporations of Delhi (MCD) into one. The long-pending civic body elections will take place after the merger.

The trifurcation of the corporation was uneven in terms of the territorial divisions and revenue-generating potential of each corporation. As a result, there was a huge gap in the resources available to the three corporations, vis-a-vis their obligations.

The gap has widened over a period of time, increasing the financial difficulties of the three Municipal Corporations, leaving them incapacitated to make timely payment of salaries and retirement benefits to their employees and thereby creating serious impediments in maintaining civic services in Delhi.

It should be noted that the ruling Aam Aadmi Party (AAP) remains opposed to the idea of the merger and has been repeatedly calling for the announcement of MCD elections.

Earlier this month, Arvind Kejriwal had slammed the BJP over its decision to merge the three MCDs into one just before the announcement of the civic body polls.

“The Bharatiya Janata Party has been at the Centre for 7-8 years now. If they had to combine the three bodies, why didn’t they do it in all these years? Why write to the EC just one hour before the scheduled announcement of the dates for the MCD polls,” he had asked.

The ruling Aam Aadmi Party had recently moved the Supreme Court to conduct the MCD polls without the interference of the Centre.