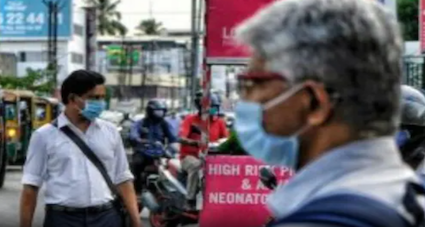 Amidst the recent share increase in Covid-19 cases in Kerala, the Centre has asked the State government to ensure strict adherence to the five-fold strategy of Test-Track-Treat-Vaccinate and ensuring Covid appropriate behaviour.

Union Health Secretary Rajesh Bhushan wrote letters to the chief secretary of Kerala and suggested that targeted testing in containment zones and genomic surveillance should be adopted by Kerala.

All 14 districts in Kerala have been identified as districts of concern due to high test positivity rates and high cases per million reported in the past four weeks,” he added in the letter.

Bhushan reiterated that any laxity in ensuring strict adherence to the five-fold strategy may result in a further surge in COVID transmission in Kerala and its neighbouring states.

Meanwhile, Kerala continued to report over 30,000 coronavirus cases for the third consecutive day on Friday.