Chetan was always up for a fair duel; but here was an enemy which comes unannounced 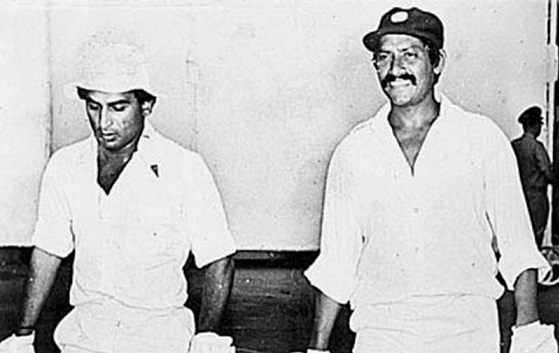 (Chetan Chauhan, one of India’s greatest openers, succumbed to Covid-19 pandemic in Gurugram on Sunday. One of his fellow cricketers, and a great first class cricketer in his own right, Hari Gidwani  pens a piece below in remembrance. Just for records, Chauhan played 40 Test for his 2084 runs with 16 fifties. Gidwani’s first class career lasted for 120 matches and 6805 runs at 42.53 runs with 15 hundreds).

How many of today’s generations remember Chetan Chauhan? How many of my era can forget him? Two assertions which would take some denying. It’s quite sad really that the man whom I consider one-half of India’s best-ever opening pair is little remembered either by today’s rockstars or kids growing out of teens.

It’s not to say Chetan Chauhan was out of public eye. He was a Member of Parliament (MP) many times over, as he was a minister in the Uttar Pradesh cabinet, not to say a regular presence on India’s national channels. There were many who earned their spurs while he was the chief selector of Delhi, intermittently, close to a decade. Till the end, he oversaw the pitch which was laid out for teams during international ties at historic Ferozeshah Kotla.

One reason why he didn’t mind getting his hands dirty on ground affairs was because he loved the game so, so much. And he knew about this game as much as anybody I remember in my long first class career, long enough to last for over two decades.

He was my senior by a few years but I had the chance to bat alongside him for long hours in first class cricket. He was the opener, I was number three and inevitably we batted for hours together, and I guess it wasn’t very pleasant for bowlers.

A match I remember, Delhi vs Punjab, where we had batted first and declared at 408 for 2 with Chetan getting a double hundred. I ended up on 99 not out and before you get livid if it was a mad skipper who left me stranded, let me tell all that this skipper not only had my respect but probably everyone else’ who played in that era. My skipper was legendary left-arm spinner Bishan Singh Bedi and he called the boys in with me a run short. Shortly after Chauhan had left the crease, Surinder Amarnath had walked to the middle and conveyed that Bishan had plans to declare by lunch which was still some 6-7 overs away. Well, as luck would have it, Surinder couldn’t help himself feasting on the tiring bowlers and I faced deliveries only to the extent that I could move from 92 to 99.

Chetan was astute anyway you look at it. Maybe it’s that thing with cricketers from Maharashtra to where he belonged. I remember how he would ask me to regain my poise whenever I would run a couple or three runs. “If you are scrambled in mind, you could lose wicket. So, take your time before you get into your stance again,” was an advice which is priceless for any batsman.

Chetan wasn’t very attractive to look at on the crease. His hips jutted out in stance and he appeared more defiant than graceful. As a bottom-hand player, he was excellent with his square cuts—I guess even Dennis Lillee and Jeff Thomson would vouch for it—but you would rarely see him dance down the track as Jimmy Amarnath and Gundappa Viswanath did during my time. It isn’t to say he couldn’t drive or he was a limited player. But square cuts came easy to him, as was a never-say-die spirit which I guess is typical of the Rajput warrior community to which he belonged. He also was an excellent player of spin which is given for if one was to rise through the ranks to national colours, one needed to negotiate India’s famed spin quarter and a few others stalwarts who but for these four gentlemen could have easily walked into any other Test team.

But of course, it was Chetan as incomparable Sunny Gavaskar’s partner who rose up to India’s pantheon of India’s unforgettable pairs. The two together shared 10 opening century stands, the one which comes readily to mind was a double century stand at Oval which nearly won India a most remarkable Test in England in 1979. India were chasing 429 for win and this duo put on 213 runs, putting in shade legendary Mushtaq Ali and Vijay Merchant who had 203 between them a good 40-odd years ago. India drew shutters when within whiskers of a classic win.

The one tour which is etched forever in the minds of cricket lovers was one to Australia where Chetan and Sunny were up against Lillee and Thomson in 1981. These two were death merchants like few have been in this glorious game. Lightning quick with a blood-streak which was uncommon even by their own fraternity’s standards. Chetan played in all three Tests, and had two near hundreds, for a tally of 241 runs at 43.09. Many distinguished cricketers would have happily retired with a tally half of his if they could end without a bone broken against these two Australian blood hounds on lightning quick Australian pitches without a helmet.

But Chetan didn’t budge. He didn’t show his back. There are stories aplenty where more famous names than him have feigned injury to avoid liquid pace. But Chetan wasn’t made in that mould. He not only faced up to that fury from hell, he also counter-attacked which was breath-taking for his men in the dressing room, and millions others in India, watching live TV while still under their quilts in northern India’s bone-chilling winter.

Chetan could stand up to rivals who came out in open. But he had no answer to one which came by stealth. Covid-19 pandemic, unseen and without form, has struck humanity with tens of thousands dead and one of them now happens to be one of my partners and mentors. Chetan was polite to a fault and I doubt if anyone today has anything ill to say about a man who was above all a gentleman. No wonder he played with distinction a game which people term is only for gentlemen.