Choksi was ‘honey-trapped’ and taken from Antigua to Dominica 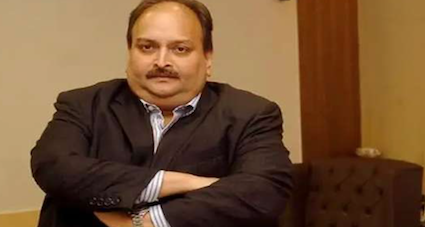 Ever since fugitive Indian diamantaire Mehul Choksi was detained in Dominica last week, several stories of how actually he was nabbed have been doing the rounds. Now, Choksi’s wife Priti has claimed her husband was honey-trapped. “This woman, Barbara, laid a trap to bring him back to India. She entered our lives in August 2020 after she rented an accommodation opposite our house in Antigua. She led Mehul away from Antigua,” Priti said in an interview.

She further said that the boat on which Choksi went to Dominica is run by  Cobra Tours owned by two Punjabi men.

“On Sunday, May 23, Mehul left home in a car to have dinner with Barbara. I don’t know what her real name is. Barabara Joseph, Barabara Jesseick or Barbara C? She stayed in the apartment next to ours intermittently. She had first met us last year between August 2-7,” Priti revealed.

Earlier, there were reports that claimed that the women who accompanied Choksi weren’t his girlfriend rather part of the team involved in his “abduction, torture and arrest”.