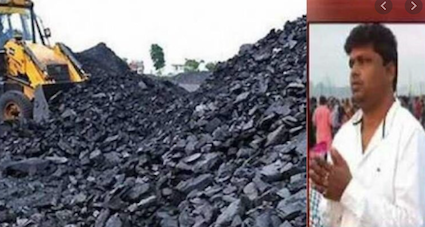 An audio tape has been accessed by Republic TV which allegedly is a conversation between an unknown individual and coal-scam accused’s right-hand man, the latter confessing the syndicate of coal-smuggling mafia since 2012.

The tape has Ganesh Bagaria, the right-hand man of coal-scam accused Anup Mahi describing the “syndicate” thus: “Let’s take Rajarghat, New town area. If there is any construction to be done, anyone wants sand, stone, bricks and others, they have to go through syndicate only.” Describing the ‘cut money’ Bagaria says, “If something is worth Rs 100, they (syndicate) will charge Rs 120 and give inferior quality. This is how syndicate earns and they have an understanding with their political bosses.”

Bagaria spills beans further down the conversation. “I don’t remember (how funds were transferred to political bosses). (But) Everything used to happen through Vinay (Mishra) from the beginning. This has been happening one and a half years after the Trinamool Congress government came to power around 2012-13.”

”The Excise commissioner once questioned our man ‘Vinay’ only. He went and sat beside the Commissioner and called all the producers. After giving them drinks, he told them they have to pay this much per bottle. When some producers said that they can’t pay, he said that their businesses will be shut from the next day.”

Anup Majhi, the main accused in the multi-crore coal smuggling scam in West Bengal was questioned by CBI on March 30. Majhi, till then, had been absconding in the alleged multi-crore coal scam due to illegal mining operations at the Eastern Coalfields Ltd mines in Asansol district of West Bengal.

CBI had raided several of Majhi’s premises in Kolkata and in Asansol and Ranjgunj. The agency suspects Mahi used to launder his criminal proceedings through the Hawala route. He allegedly provided money and muscle to politicians during elections.

The case is jointly being probed by the CBI and the Enforcement Directorate (ED). The West Bengal Criminal Investigation Department (CID), on its part, has formed a Special Investigation Team (SIT).

The CBI has already questioned Trinamool MP Abhishek Banerjee’s wife Rujira and his sister-in-law Menaka Gambhir in connection with the case.

(The NewsBred has in the past published a detailed investigative report on the coal-smuggling scam in the state of West Bengal).