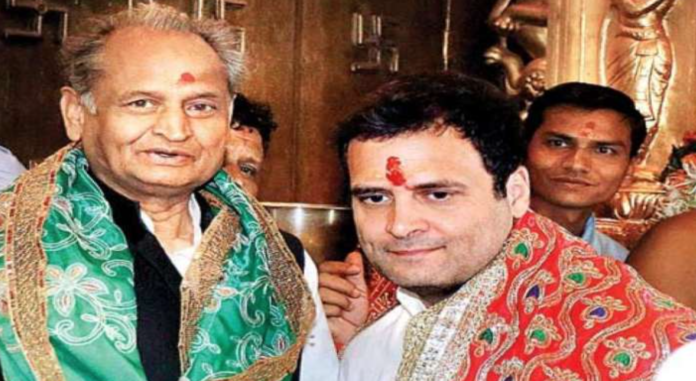 In another move of Muslim appeasement, the Ashok Gehlot-led Congress government in Rajasthan has sanctioned Rs 25 lakh for madrasas in the state.

According to a report, under Mukhyamantri Madarsa Modernization Scheme, the government would be offering Rs.15 lakh for the development of primary madrasas and Rs.25 lakh for higher-level madrasas.

Two years ago, the same Ashok Gehlot government has sanctioned Rs 1.88 crore for Madrasas in the State.

Bharatiya Janata Party IT cell head Amit Malaviya called it as a Diwali bonus and the best use of public tax.

He tweeted, “Amidst cases of harassment of women and a rising crime against Dalits, the Congress government’s amazing communal initiative of Rajasthan for national unity and integrity… Madarsas to get a Deepawali bonus from the government. Rs. 15-25 lakhs per madrasa! Best use of taxes of the people of Rajasthan.’’