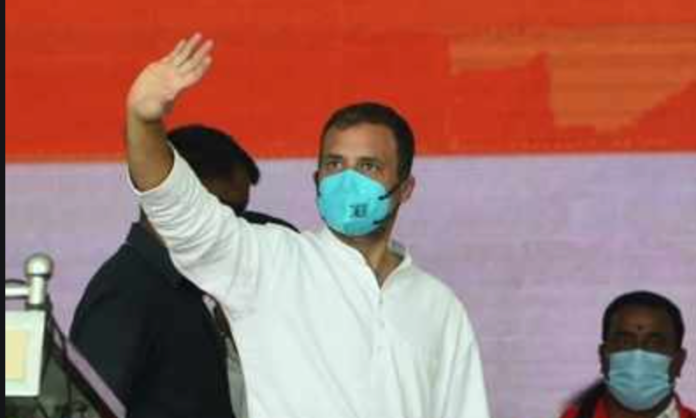 Congress vice president Rahul Gandhi on Saturday has declared that a reinvigorated Congress alone can “smash” BJP and its ideological mentor RSS “to smithreens”, close on the heels of a BJP MLA having been thrashed by goons in Punjab.

Addressing a public meeting in the state for the April 6 Assembly polls, the Congress leader also lashed out at AIADMK top leader and Tamil Nadu Chief Minister K Palaniswami alleging he is trapped due to graft and he bowed in front of Union Home Minister Amit Shah as he had indulged in corruption

He said Prime Minister Narendra Modi is ”controlling” the chief minister of Tamil Nadu and making him “touch his feet silently I am not ready to accept it.”

“The only relationship possible in BJP is where you have to touch the feet of the leader of BJP, bow down before Narendra Modi or Amit Shah,” he added further.

However, the social media users were quick to respond and reminded Rahul Gandhi of every time people touched the feet and bowed down in front of his mother and him.

One twitterati said: “At last u agree that former Chief Minister of Chhattisgarh – TS Singh Deo, touched ur feet because u forced him to do so because of the corruption he had done!” (https://twitter.com/abhinita85/status/1376098694240509954)

Tamil Nadu will go to the polls on April 6 and the counting of votes will take place on May 2. The BJP is contesting the election in alliance with the AIADMK which is in direct contest with DMK.