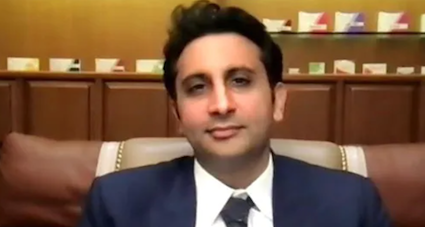 Hours after, the Serum Institute of India fixed the rate of Covishield vaccine at Rs 400 to states and at Rs 600 to private hospitals, the Opposition, led by Congress, had cried foul claiming that Centre was getting the same vaccine at Rs 150 per dose.

Rahul Gandhi, who is giving trolls a run for their money on social media these day, tweeted: “Disaster of the country; opportunity for friends of Modi. Injustice of the central government,” using the hashtag #VaccineDiscrimination.

“All government prices will be Rs 400 henceforth for new contracts,” he said. “Please understand the Rs 200 price which is being thrown around has been for the central government for prior commitments and contracts. After that ceases to exist, after we supply about 100 million doses to them, which was ordered in bulk a long time ago, we will also charge Rs 400 to any government,” he said.

Additionally, he informed that the previous pricing was given on a ‘risk sharing price’  without even knowing if the vaccine will work but now If there are fresh orders from the Centre over the next few months, they will be negotiated at the new price, he added.

So far, the company has supplied around 100 million doses to Centre,  with Covishield making up over 90% of the nearly 13 crore vaccines that the government has used to  vaccinate healthcare workers, frontline workers, senior citizens, and persons above 45 years of age in every state.

It was also announced that vaccination will be free in government-run centres all over India, and private hospitals can vaccinate people at a price cap of Rs 250. Till now, the central government had been supplying vaccines to states free of cost.