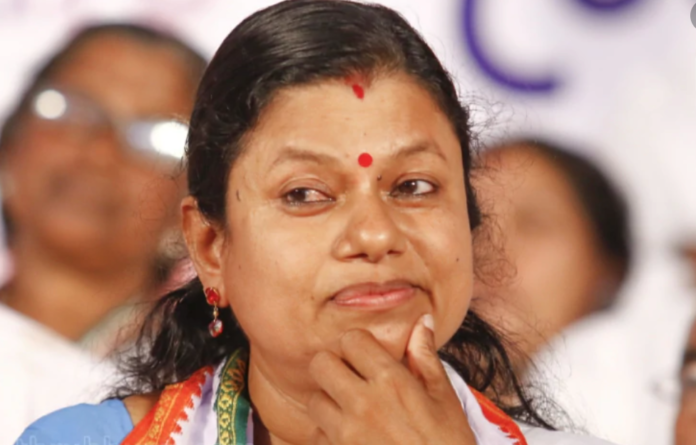 Congress has fielded Bindhu Krishna, a party leader who had organised controversial anti-Hindu ‘Beef festivals’ across Kerala in 2017, from the Kollam constituency as the joint UDF candidate.

Bindhu is a district unit chief of Congress party in Kollam.

Back in May 2017, the central government had announced a nationwide ban on cow slaughter. The political parties including Left and Congress, led protests in the southern state by holding beef festivals to provoke Hindus. Led by Bindhu Krishna, the Congress party workers cooked beef in front of the DCC office.

She not only organised the protest but also claimed that the “beef delicacy would be packed and sent to the head post office for delivery to Modi Ji.”

Bindhu isn’t the only one, the Congress party has fielded several candidates that have a history of indulging in anti-Hindu activities. The party has even allied with the Indian Union Muslim League (IUML), party that is known for flaring up communal incidents in the state of Kerala.

CBI in 2017 has even launched FIR against IUML leaders P.P. Moideen Koya and Moyeen Haji for funding, conspiring and executing the riots.

IUML has also been involved in the planning as well as the execution of the brutal Marad massacre in Kerala in 2003.

According to the report of Justice Thomas P Joseph Commission, it was a “clear communal conspiracy, with Muslim fundamentalist and terrorist organisations involved”.