Congress is at its lowest in last 72 years, says Ghulam Nabi Azad 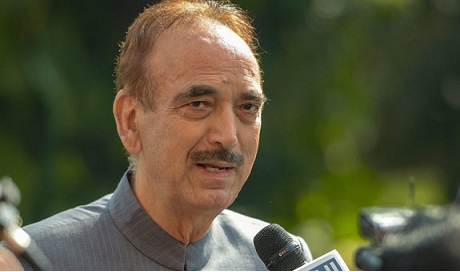 Congress is being drubbed everywhere and is at its lowest in last 72 years, as per senior Congress leader Ghulam Nabi Azad.

He also said that the party has developed a five-star culture.

“Polls aren’t won by five-star culture. The problem with leaders today is if they get a party ticket, they first book a five-star hotel. They won’t go if there’s a rough road. Till the time five-star culture is given up, one can’t win elections,” he said.

“We all are worried about losses, especially about Bihar and by-poll results. I don’t blame the leadership for the loss. Our people have lost the connection on the ground. One should be in love with their party,” he was quoted by news agency ANI.

Azad was removed as All India Congress Committee general secretary even as he was retained in the Congress Working Committee (CWC) in September. He was one of the 23 party members who wrote a letter to interim party president Sonia Gandhi in August this year, asking for an overhaul in the party.

Reacting on Gandhis, Azad said the “dissenters” still want elections though the high command has agreed to most of their demands.

“They’ve agreed to most of our demands. Our leadership should hold elections if they want to become a national alternative and revive the party,” he said.

“We need to rebuild our structure and then if any leader is elected in that structure, it will work. But saying that just by changing the leader, we’ll win Bihar, Uttar Pradesh, Madhya Pradesh etc. is wrong. That will happen once we change the system,” he added.

Significantly, Azad said the leadership needs to have a programme for party workers and hold elections for post. One should be so much indispensable that leadership asks for you in your absence, he said.