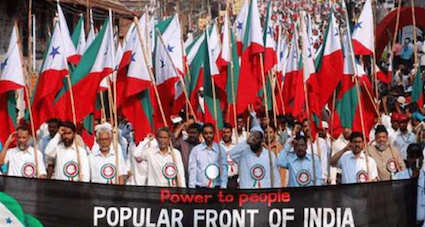 The Congress-led Rajasthan government received backlash on Wednesday for allowing extremist organization Popular Front of India (PFI) to hold an annual march on February 17 to mark its formation day.

A thousand PFI workers are scheduled to participate in the Popular Front Day celebrations in Rajasthan’s Kota today after being granted permission from the state government. As part of the program, PFI members will take out a march at 11 am that will also be attended by its office bearers.

This comes despite the PFI being declared a radical hate group by the National Investigation Agency and its proven involvement in several communal riots and controversies including the hijab row.

The Ashok Gehlot government’s move allowing PFI to a large-scale program did not go down well with the Bharatiya Janata Party (BJP) which accused Congress of legitimizing the radical outfit. The BJP also noted that PFI has been banned in many states for its involvement in extremist and terror activities.

“PFI’s role in anti-CAA riots is well known to the country. Despite a plethora of charges against the organization, Congress legitimizes the PFI. It always had a soft corner towards such extremist groups. Congress is always with the supporters of Afzal Guru,” a Rajasthan BJP leader said to Republic World.

Mohammad Afzal Guru was a Kashmiri separatist, who was convicted and sentenced to death for his role in the 2001 Indian Parliament attack. Pointing out that the Congress n Karnataka formed an alliance with the SDPI, which is the political wing of the PFI, the saffron party questioned why Congress associated itself with the ‘tukde tukde gang.’

It further accused Congress and the Campus Front of India (CFI) of stirring the Hijab issue to incite vote bank from a community. Notably, the CFI, which is the student wing of the Popular Front of India, has confessed to leading the protest on Hijabs in Karnataka.