Congress president elections after 5 assembly polls in May 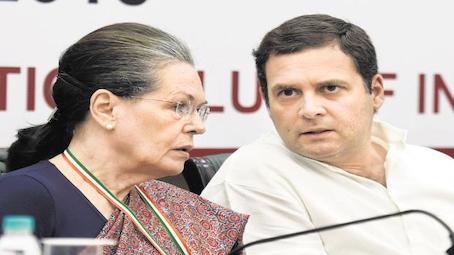 Congress party would elect its new president after elections in the five states are over in May, it was decided at a top party meeting today.

However, ranged against them, were the Gandhi loyalists: Ashok Gehlot, Amarinder Singh, AK Antony, Tariq Anwar and Oommen Chandy who wanted polls after assembly elections in five states, including Bengal, Assam, Tamil Nadu and Kerala. This group prevailed in the end.

Sonia Gandhi is presently the interim president. Rahul Gandhi, her son, doesn’t want to continue after the party’s drubbing in the 2019 general elections.

The hold of Gandhis and no accountability has led a section of leaders to raise their voice ion protest.

Last August, in a stunning act of defiance, 23 top leaders wrote to Sonia Gandhi calling for an overhaul of the Congress.