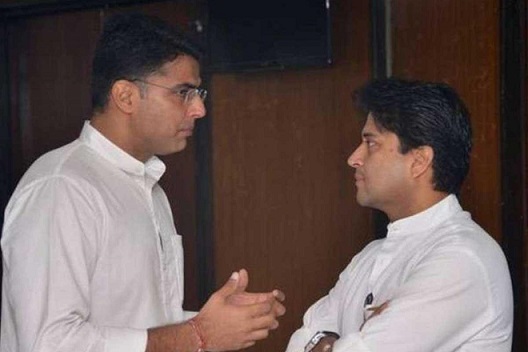 As Jyotiraditiya Scindia, formerly with Congress but now with BJP, gets set for the bypoll in Gwalior region in Madhya Pradesh, former chief minister Kamal Nath has decided to put forth fellow Congressman Sachin Pilot as a star campaigner for his party.

Pilot, former deputy chief minister of Rajasthan, had first revolted in his state against his chief minister Ashok Gehlot but later buried the hatchet with his party’s leaders.

Congress state media vice-president Bhipendra Gupta said: “Yes, Sachin Pilot has been called and, like other star campaigners, he would be campaigning for the party.”

The upcoming bypolls would be held in 28 assembly segments in Madhya Pradesh. Out of these, 16 lie in the Gwalior-Chambla region which is a stronghold of Scindia. These seats are also close to Rajasthan border and member of Pilot’s Gujjar community reside in the region.

After Scindia left Congress to join BJP, 22 of the total 28 seats were vacated which were occupied by Scindia’s loyalists.

It brought down the Kamal Nath government in Madhya Pradesh in November 2019. Three more seats were vacated by Congress MLAs who switched to BJP after Shivraj Singh Chouhan took over as chief minister. The remaining three seats fell vacant after sitting MLAs died; two belonged to Congress and one to BJP.

No date for assembly polls has been fixed as yet.