Congress’ steep decline: Hasn’t been re-elected in a big state since 2011 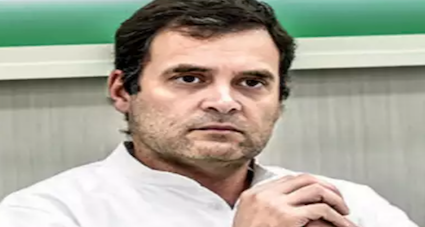 With the Congress scoring an unambiguous 0/5 in the state elections from Uttar Pradesh to Goa, and losing one of the few states it held in Punjab, senior leader Rahul Gandhi’s latest mea culpa said the party will learn from these election results.

“Humbly accept the people’s verdict. Best wishes to those who have won the mandate. My gratitude to all Congress workers and volunteers for their hard work and dedication. We will learn from this and keep working for the interests of the people of India,” he wrote on Twitter.

No Congress government has been re-elected in a big state since Assam in 2011.

In Punjab too, Congress incumbents are failing to get re-elected.

As Congress had ceded space to AAP in Delhi, it has suffered the same fate in Punjab.

Congress suffered a miserable show in this year’s polls. In Uttar Pradesh, their vote share has halved; the party failed to get even 3% votes in UP.

From being the single largest party in 2017, the Congress is distant second in both Goa and Manipur. Its vote share in these two states too has declined.

Alliances with Congress are not being fruitful either. The GFP had won 3 seats in 2017. Now it’s just one seat on which it is leading.