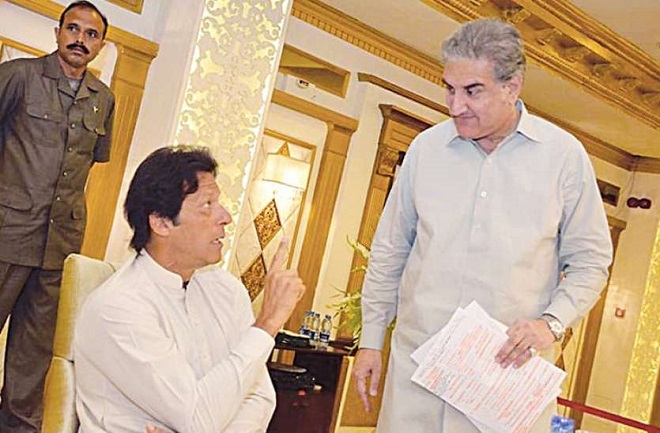 Pakistan Prime Minister Imran Khan got a costly gift from Saudi Arabia through General Qamar Ahmed Bajwa on completion of two years in office on Tuesday. It came in the form of a royal snub, both literally and figuratively, as Saudi crown prince Mohammad bin Salman refused to grant an audience to the chief of Pakistan army.

General Bajwa had rushed to Riyadh, in the wake of historic UAE-Israel peace deal, which threatens to majorly hurt Pakistan in the Middle East. As it is Saudi Arabia was unhappy with Pakistan for leaning on their regional rival, Turkey. Further, Pakistan’s foreign minister Shah Mahmood Qureshi had angered the Saudis for virtually demanding a meeting of Organisation of Islamic Cooperation (OIC) to discuss Kashmir last week. Qureshi had said words to the effect that Saudis should step aside as leader of the Islamic world and his prime minister Imran Khan would take the initiative on calling upon the OIC if need be.

I, being from Jammu, would share an interesting expression we use in Dogri language: “Naani karay, dohtra chatti bharay”. Loosely translated, it means “Making grandson pay for grandmother’s sins.”

The haughty Qureshi, using a disrespectful tone on TV, seen around the world, might have already cost Pakistan $1 billion. Saudis asked Pakistan to return this part of their loan immediately. You can’t help but chuckle that Pakistan had to take another loan from China to repay this Saudi obligation!

Not content with return of $1 billion, the Saudis also terminated the agreement for supplying oil on deferred payment to Pakistan worth $3.2 billion. There are also reports that the Saudis have now asked for return of another $1 billion pronto.

It is often said that a week is a long time in politics. Well, the wide gulf created between Saudis and Pakistan in last seven days sure illustrates that.

The Saudis have now conveyed to Islamabad to mend its ways. Clearly, Saudis want (i) Pakistan to forget that they can raise Kashmir issue at OIC; (ii) Get out of China Pakistan Economic Corridor (CPEC); (iii) Choose either Saudis or Turkey.

These may not be the only three courses prescribed by Saudi Arabia to Bajwa indirectly. Another one is for Bajwa to replace Imran Khan, believed to be real power behind the elected leader, with someone suave and street-smart. Imran, as it is, a very unpopular leader among masses in Pakistan today. And he is not yet halfway through his term.

The dye may have been cast though. At one time, it was believed that Qureshi was positioning himself as Imran’s replacement by posing as a hardliner. Devoured by Kashmir obsession, however, he seems to have ruled himself out by speaking against Saudis. It can then be the turn of some dark horse to emerge soon, as the phrase goes.

(Reports are trickling in that Qureshi has reportedly slapped Imran Khan’s principal secretary, Azam Khan. It is said Qureshi and Azam Khan exchanged bitter words, after which the foreign minister slapped Khan).

Incidentally, the next meltdown Pakistan may have to face during the coming days is some extraordinary heat from United Arab Emirates (UAE). Islamabad has said some nasty things about the deal between UAE and Israel, brokered by the US president Donald Trump.

It bears mention here that UAE provides jobs to over 1.6 million Pakistanis who remit approximately $20 billion back home. Saudi Arabia too is a big employer for the residents of impoverished nation which is facing severe balance of payments (BoP) crisis. For addressing the issue, it has rushed to International Monetary Fund (IMF) repeatedly to keep afloat. And then there is the threat of Financial Action Task Force (FATF) slapping sanctions against Pakistan for aiding and abetting terrorism.

With Pakistani rupee getting devalued further and now trading at 168 to a dollar, things can only go from bad to worse in the coming days. It now appears to be a question of when, not whether Qureshi will lose his job, sacrificed at the Saudi altar.

Will Imran follow suit? Only General Bajwa can tell.

Behind Pak move, is a deep-seated fear of Kashmiris opening up to Arab world