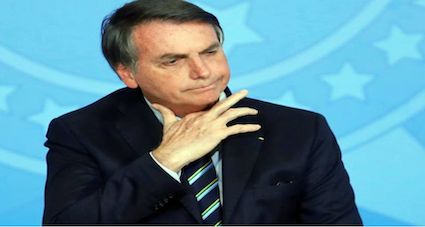 The agreement drew a lot of criticism, alleging the government to import a vaccine that had not cleared regulatory hurdles and that too at higher prices.

However, Brazil President Jair Bolsonaro cleared the rumours and said there were no irregularities in the Indian drugmaker’s Covaxin shot contract.

Responding to the parliamentary inquiry, which was set up to investigating possible irregularities in the contract, president Bolsonaro explicitly mentioned, “There is nothing wrong with the Covaxin contract, there is no overpricing.”

He further refuted the charges of corruption on his government, adding that his enemies are trying to create chaos by putting such allegations of on them. The allegations regarding the Bharat contract threatened to damage Bolsonaro’s pledge of zero tolerance for corruption in his government.

Precisa Medicamentos, the representative of Bharat Biotech in Brazil, also released their statement and informed that the vaccine price agreed to with Brazil’s Health Ministry was the same as the price negotiated with 13 other countries and that the deal “followed all formal paths and was carried out transparently.”

The health ministry signed the agreement in February, committing that the ministry would pay $320 million — for $15 per vaccine dose — to Precisa Medicamentos.

But Congressman Luis Miranda and his brother Luis Ricardo Miranda raised suspicions about the vaccine deal, alleging the Brazilian government of “unusual acquisition.”

A new study by scientists at the Indian Council of Medical Research (ICMR)-National Institute of Virology, conducted in May, notes that Covaxin demonstrated potential effectiveness against the Brazil variant of SARS-CoV-2.

Despite this, an investigation was set up to see why the government signed an agreement with Bharat Biotech despite having offers from Pfizer Inc, which provides covid vaccine at a lower price.

Meanwhile, Bharat Biotech, in their statement, said that “We strongly refute and deny any kind of allegation or implication of any wrongdoing whatsoever with respect to the supply of COVAXIN.”