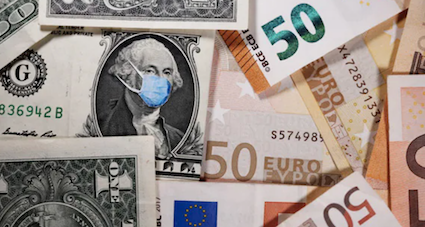 “Excessive profits” from covid-19 jabs has made at least nine billionaires since the beginning of the covid pandemic with the CEOs of Moderna and BioNTech topping the list.

Moderna CEO Stephane Bancel is the richest new ‘vaccine billionaire,’ followed by Ugur Sahin, his counterpart from BioNTech, each with wealth over $4 billion or more.

People’s Vaccine Alliance, a coalition of organizations and activists campaigning for a ‘people’s vaccine’ for covid-19 claimed that the “monopoly control” on vaccine technology has resulted in a jump in their wealth

The group said their data is based on the Forbes Rich List data. they mentioned that the combined net wealth of these nine billionaires stands as $19.3 billion, which is “enough to fully vaccinate all people in low-income countries 1.3 times.”

Apart from that, the eight existing billionaires have seen their combined wealth increase by $32.2 billion thanks to the vaccine rollout, the alliance said.

The list also includes two of Moderna’s founding investors and the company’s chair as well as the CEO of a company with a deal to manufacture and package the Moderna vaccine. People linked to China’s Chongqing Zhifei Biological are also included in the list.

Warning that these monopolies can control the supply and price of the vaccine in the market, Anna Marriott from charity Oxfam, which is part of the alliance, said “These billionaires are the human face of the huge profits many pharmaceutical corporations are making from the monopoly they hold on these vaccines,”

The research comes ahead of the G20 Global Health Summit on Friday.

Meanwhile, India along with South Africa suggested lifting the patents from covid-19 vaccines. The move was backed by 100 countries including the United States at the  World Trade Organization. Influential figures like Pope Francis also backed the idea of a global waiver on patent protections.

Heidi Chow, Senior Policy and Campaigns Manager at Global Justice Now said, “It is utterly repugnant… to put the interests of the billionaire owners of Big Pharma ahead of the desperate needs of millions. “