Covid-19 would reach endemic stage in India, says a hopeful WHO chief scientist 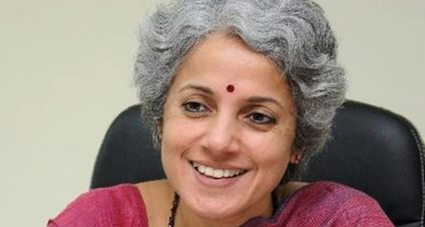 The World Health Organisation chief scientist Dr Soumya Swaminathan has highlighted the possibility that “India could have reached some sort of stage of endemicity” in terms of the overall Covid-19 situation.

“We may be entering some kind of stage of endemicity where there is low-level transmission or moderate level transmission going on but we are not seeing the kinds of exponential growth and peaks that we saw a few months ago,” Swaminathan said.

According to a media report, Swaminathan, while referring to diverse populations and immunity status in various parts of India, said, “It’s very feasible we may continue like this, with a few local ups and downs but they are unlikely to be severe and certainly not like the devastating second wave of April-May 2021.”

Additionally, it is worth noting that she didn’t seem convinced of the sudden decline in cases in Kerala. She said it could be because of the reduction in testing rates.

“Perhaps it has to do with the Onam festival and so on and the test positivity rates are up, so I wouldn’t go too much by the drop in cases in the last week,” she told.

She also stressed that the population groups who were less affected by first and second waves or those areas that have low levels of vaccine coverage could see peaks and troughs for the next coming months.

She said she hopes that by the end of 2022 “we would be in that position that we have achieved vaccine coverage, say 70 per cent, and then countries can get back to normal”.

Talking about the clearance of Covaxin, she said that she is fairly confident that the health agency’s technical group will be satisfied and by mid-September, the Bharat Biotech’s vaccine will become one of WHO’s authorized vaccines.

She also mentioned that while children could get infected with Covid-19 but there are very mild chances that they will get sick or get inflammatory complications like adults.

“But it is good to prepare… preparing hospitals for paediatric admissions, paediatric intensive care is going to serve our health system in many ways for other illnesses children have but we should not panic about thousands of children crowding into ICUs,” she added.