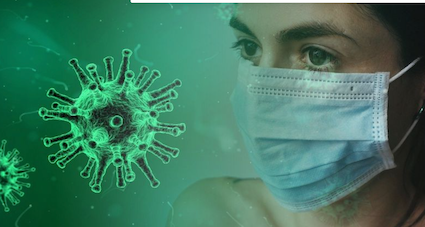 Calling vaccination the strongest weapon against COVID-19, an American expert has said that the pandemic cannot go on forever, and its end is pretty near.

Dr. Kutub Mahmood, Scientist and Virologist from Washington, DC told ANI that the virus will go in hiding and people will actually win.

There is pressure on the virus to mutate and to adapt to the changing immunity in humans and then it tries to make these mutants so that it can escape, the expert said and equated it to a chess game.

“I would say as an analogy between the virus and the humans. So, that virus is putting out its moves, we as humans are putting out our moves. We have small moves, which are the facemask, hand sanitisers, social distancing. We have weapons that we have used against the virus with the vaccines, the antivirals, and the antibodies,” ANI quoted him as saying.

Lauding India for achieving 60 per cent vaccination within a year, the virologist called it a really great achievement for the country and for the Indian vaccine manufacturers.

He further said that the scientific community will not be surprised if new mutations of COVID-19 viruses are seen in the near future.

Calling Bharat Biotech’s Covaxin a “unique product”, the virologist said that it has also shown safety in 2-year-old children.