Cricket scam of tens of crores, properties gone: Why is Farooq Abdullah silent? 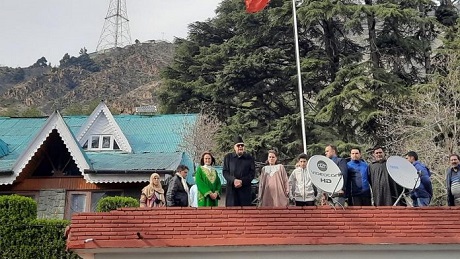 The eighth and final round of District Development Council (DDC) elections in Union Territory (UT) was over at 2 pm on Saturday. A bit later, or around that time, news came about Enforcement Directorate (ED) attaching some properties of National Conference (NC) patriarch Farooq Abdullah in Jammu, Srinagar and Tangmarg near Gulmarg. A two-page press note giving details of these properties also landed in the inboxes of most journalists covering the UT.

Farooq’s son Omar Abdullah said in Tweets after the attachment of properties by ED that most properties were ancestral, dating back to 1970s. He also said that the NC leader will fight the case in courts and their lawyers were on the job. No statement has come from Farooq about the ED action so far, and his whereabouts are not clear at present. In Jammu, he usually stays at the Bhatindi office, and in Srinagar, at the Gupkar Road bungalow, both of which have stand attached now.

According to ED statement, the properties at Gupkar Road in Srinagar, commercial properties at Residency Road, Bhatindi in Jammu and in Tangmarg were being attached for Farooq’s involvement in Jammu Kashmir Cricket Association (JKCA) scam. The ED said that Farooq was both a perpetrator and beneficiary of money laundering in JKCA and defalcation of funds.

Between 2005-05 and December 2011, the Board for Control of Cricket in India (BCCI) had given Rs 110 crores to JKCA headed by Farooq Abdullah. Of this, at least Rs 45 crores were siphoned off over the years, according to the ED.

In fact, several years ago, an announcement was made that a cricket stadium will be built at Bajalta near Jammu using funds given by the BCCI. A date for laying the foundation stone for the stadium was announced but just prior to that day, the JKCA reported that there were no funds left in its accounts! Many of the JKCA members, authorised signatories all, had drawn huge sums by signing cheques and deposited them into personal accounts.

Despite having regular bank account of JKCA, six new accounts were opened for parking of JKCA funds, and siphoning them, the ED explained in its note. Not only this, even a dormant account of Kashmir wing of JKCA was made operational for defalcation of funds, it added.

After J&K High Court verdict of October 9, the attachment of Farooq’s properties is another blow to the NC, a part of the People’s Alliance for Gupkar Declaration (PAGD). The People’s Democratic Party (PDP), a part of the PAGD now with NC, was the most vocal about Farooq’s alleged corrupt ways and repeatedly sought probes in the JKCA affairs. When the ED action finally came nine years after the probe was started, the PDP went into silent mode.

Some constituent parties of the PAGD said that the ED action was motivated by political vendetta, saying Farooq has done no wrong. Except that he is leading the struggle for restoration of Article 35 A and 370 in its earlier form. The timing of the ED action is interesting in that it has come after the DDC elections. Any action against Farooq earlier could have helped the PAGD to give a halo of martyr to him and impacted the polls.

Farooq was questioned repeatedly by the ED officials in the recent past and on one occasion, the NC had issued a press release clarifying that his house had not been raided.

Sheikh Shakeel, who had started the anti-corruption campaign of sorts by filing a PIL against the Roshni scam in 2011, was a complainant in the JKCA case also in some Srinagar court.

The court had granted anticipatory bail to many of the accused and the case did not make much headway. Some action may follow against them now that politically most powerful iconic JKCA head has been booked.