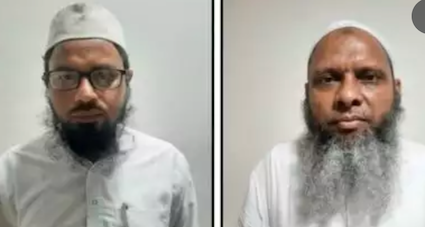 The Uttar Pradesh  Anti-terrorist Squad (ATS) has claimed the involvement of foreign fund in the illegal religious conversion racket in India. According to their ATS, Rs 2 crore were diverted from the United Kingdom and misused by the prime accused Umar Gautam and Mufti Qasmi.

ATS further claimed that a Gujarat-based businessman’s account was used in the transaction. Inspector general of police, ATS, GK Goswamy informed, “Transactions to the tune of crores of rupees have been made from the UK into the accounts of a businessman in Gujarat, who is under our scanner. We are verifying the accounts.”

The officials further revealed that the amount transferred from the UK was done without following the guidelines and the account of a trust/society was used to make the private transaction, making it illegal.

“Evidence show violation of the Foreign Exchange Management Act (FEMA), which is being probed. ED is also looking into it,” added the officer.

ATS stated that earlier also huge funds from foreign sources have been moved to sustain the conversion racket.

Meanwhile, the National Commission for Protection of Child Rights (NCPCR) has also issued notice to Nurul Huda English School located in Fatehpur after Umar Gautam revealed that it was the prime centre for his conversion activities.