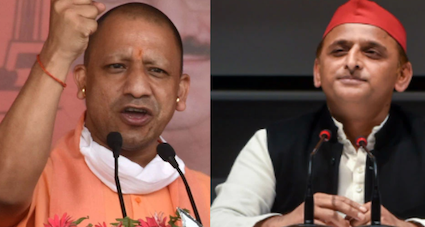 He said that crores of rupees which was embezzled during the previous government are now recovered from their walls even after being out of power for five years.

Stating that his government is working for the welfare and hitting at the opposition CM Yogi said, “While Bharatiya Janata Party’s double engine governments are working with full commitment, you must have seen, those who are out of power for five years, even today crores of currency notes are coming out of their walls.”

Yogi has alleged that Jain was linked to Samajwadi Party.

The money was allegedly linked to the dispatch of goods via fake invoices and without e-way bills by a goods transporter.

He also targeted opposition for manipulating the vaccine narrative and creating fear among people.

“The people who were against the vaccines were committing crimes against humanity and making friends with corona. They did not care for the poor. When they had the opportunity, they could not do anything. This is why when they are out of power now, they are playing with the lives of the people taking the support of misinformation,” he said.