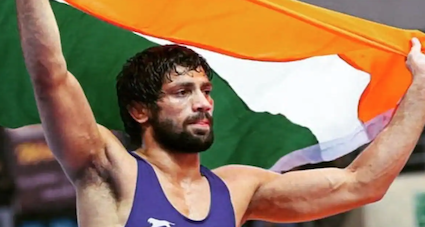 Ravi Dahiya, won won a silver after losing narrowly in the men’s freestyle wrestling 57kg final, would get Rs 4 crores, a government job and a plot at concessional rate, the Haryana government said in a statement.

Chief minister Manohar Lal Khattar said there would be an indoor wrestling stadium equipped with modern facilities which would be build in Dahiya’s village,Nahari.

“Our son Ravi Dahiya has won the heart of not only Haryana but the whole of India… Many congratulations and best wishes to him on winning the silver medal. I wish you achieve new heights of success,” Khattar tweeted.

Dahiya’s reward are similar to two more players from Haryana who won India laurels in men’s hockey team—Surender Kumar and Sumit Walmiki: Both would get Rs 2.5 crore each, government jobs and land at concessional rates.

The Indian men’s hockey team beat Germany 5-4 to clinch the bronze medal in the Tokyo Olympics. It ended a 41-year wait for India to win a hockey medal in the Olympics.