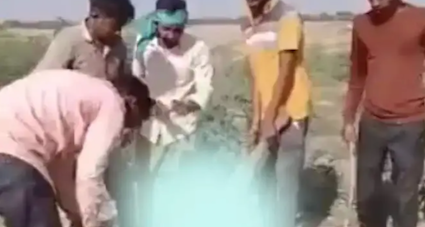 The Bahujan Samaj Party (BSP) chief Mayawati asked why the Congress high command was “silent” on the suspected lynching of a Dalit man in Prempura in Hanumangarh district of Congress-ruled Rajasthan.

“The lynching of a Dalit in Hanumangarh is very sad and condemnable, but why is the Congress high command silent? Will the chief ministers of Chhattisgarh and Punjab go there and give ₹50 lakh each to the victim’s family? BSP wants answers or else stop shedding crocodile tears in the name of Dalits,” she tweeted in Hindi.

Her tweet explicitly targets Congress leaders including Priyanka Gandhi Vadra, Rahul Gandhi, and other party members who were busy gaining political mileage out of the Lakhimpur Kheri incident in Uttar Pradesh.

Earlier, Union Jal Shakti minister Gajendra Singh Shekhawat too hit out at the Congress-led Rajasthan state government for keeping “silent” on the matter while protesting against the incident of violence in Uttar Pradesh’s Lakhimpur Kheri.

“Rahul ji, don’t worry about Lakhimpur where Yogi ji is in the government and not you dear Gehlot ji. Show some courage to speak about the murder of a Dalit youth in Prempura of Rajasthan so that people get to know how truthful you are?” he said in a Twitter post.

A Dalit man, Jagdish Meghwal, was allegedly beaten to death on October 7 by a group of men in Hanumangarh allegedly over his affair.

Hanumangarh’s superintendent of police Preeti Jain said of the eight identified accused, four have been arrested and one has been detained as he was a minor.