Dasgupta draws NHRC’s attention to terrible violence in Tarakeswar: ‘No action by police’ 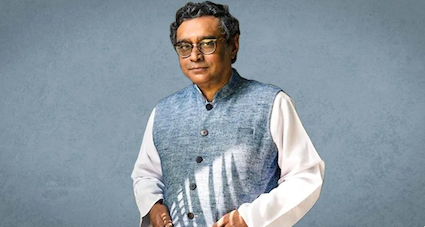 Bharatiya Janata Party Rajya Sabha MP Swapan Dasgupta has written to the National Human Rights Commission (NHRC), informing the human rights body how people are being attacked in Bengal because of their association with BJP.

The Tarakeshwar MP, in the letter addressed to NHRC member, Rajiv Jain pointed out, “The houses of BJP workers and supporters have been systematically identified, looted, and demolished. Several workers were brutally attacked while others threatened with dire consequences. Hundreds of people were rendered homeless and fled from Tarakeswar to save their lives. Some of these individuals are still unable to return home.”

Dasgupta said several businesses were shut down forcibly because they belonged to BJP workers. He highlighted a total of nine specific cases, where Trinamool Congress goons resorted to violence and vandalism. Two of the undisclosed BJP workers were stopped and threatened from entering their homes. He said a Muslim was prevented from offering Namaz during Eid as he was associated to BJP.

The Rajya Sabha MP said, “In this regard, I’m attaching a complaint earlier lodged with the Tarakeshwar Police Station on which no action has been initiated so far. The complaint contains a list of more than 260 victims of post-poll violence. It is neither complete nor exhaustive but should provide you with an adequate starting point for action.”

He concluded the letter by requesting NHRC to help those who “fled in fear of retributive violence ought to return to their homes and open their places of business.”

He further requested that he will be willing to co-operate and urged NHRC to act on the matter with utmost urgency.