DDC Polls in J&K: Not much is heard on Article 370 in election speeches 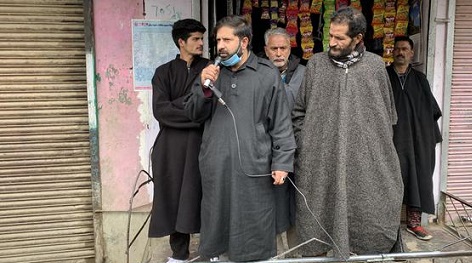 Voters in Jammu and Kashmir perhaps never had so much of plentiful choices as they have in the District Development Council (DDC) elections. They never had so many candidates, so many parties and independents to choose from in almost all segments. There is the People’s Alliance for Gupkar Declaration (PAGD) comprising seven Kashmir-based parties, Apni Party, the Congress, the BJP and independents. Of course, the icing on the cake seems to be absence of boycott calls from any factions of the Hurriyat Conference which often overshadowed any elections in J&K.

All that makes it at least 11 parties in the fray and it looks like independents may emerge victorious in many constituencies. Actually, many parties of the PAGD alliance keep swearing by the alliance but have put many proxy candidates to undercut one another. Of all, Mehbooba Mufti of the People’s Democratic Party (PDP) has been more direct about articulation of her thoughts, alleging that the PDP got a raw deal in allocation of seats.

This grouse is fairly common, be it in the National Conference (NC), the PDP, the People’s Conference (PC) of Sajad Lone, or other constituents. How are parties dealing with it without breaking ranks with the other PAGD rivals formally? By propping up proxies despite some candidate being recognised as the “official candidate” of the PAGD.

The proxy candidates are well known faces in the respective constituencies well known for their political affiliations and loyalties. Officially, they are not contesting on the symbols of the parties they are affiliated with but in private most voters know their affiliations.

In 1987, the NC and the Congress had come together, cobbling an alliance which remained restricted to Farooq Abdullah and Rajiv Gandhi. The ordinary voters and supporters of the respect parties did not vote for one another. The differences between the workers remained well entrenched and these could not be reconciled. Not very different is the situation this time too with no love lost between the NC and the PDP or between PDP and the PC. It needs to be pointed out here that both in the NC and PC, there are several PDP deserters.

Given all this, on paper the PAGD looks like a strong alliance with all parties coming together but on scratching the surface, one finds the contradictions within. To say which party will perform better in the DDC elections is difficult as too many variables are there. The high poll percentage in the first two rounds of elections is also something that adds to all the uncertainty. Anantnag, Shopian, Kulgam and Pulwama districts, traditional strongholds of the PDP, have witnessed low polling percentage.

Bandipora, Budgam and Kupwara, strongholds of the NC and PC have seen much higher polling percentage. In the Jammu region, the polling in first two rounds of polling was high and it remained almost 65%. With several leaders from other states making brief appearances to canvass supply for the BJP candidates, the higher turnouts recorded so far may help it. Even in Kashmir, some of its Central leaders like Mukhtar Abbas Naqvi and Shahnawaz Hussain campaigned.

With two rounds over, and six more to go, the DDC elections are likely to set new benchmarks of recording high poll percentages in J&K in the past few decades. Interestingly, the issue of restoration of Article 35 A and 370 are not being mentioned in too many rallies. Lack of specific issues with sharp focus on them makes hazarding the outcomes perilous though.