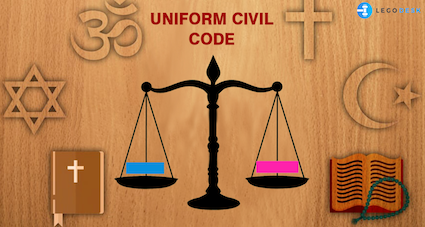 The Delhi high court has backed the need for a Uniform Civil Code (UCC) in India and asked the Centre to take the necessary steps in this matter.

The court noted that the modern Indian society is gradually becoming “homogeneous”, dissipating ‘traditional barriers’ of religion, community, and caste, and in view of these changing paradigms, a uniform civil code is in order.

A UCC essentially provides for one law for the entire country, applicable to all religious communities in their personal matters such as marriage, divorce, inheritance, adoption, etc.

The implementation of the UCC has been a longstanding issue in the country, without numerous politicians through the years advocating for the same.

Justice Prathiba M Singh, who passed today’s judgment observed that courts have been repeatedly confronted with the conflicts that arise in personal laws.

“The need for a Uniform Civil Code as envisioned under Article 44, has been reiterated from time to time by the Supreme Court. Cases like the present one repeatedly highlight the need for such a Code – common to all, which would enable uniform principles being applied in respect of aspects such as marriage, divorce, succession, etc., so that settled principles, safeguards, and procedures can be laid down and citizens are not made to struggle due to the conflicts and contradictions in various personal laws,” Justice Singh said.

“The youth of India belonging to various communities, tribes, castes, or religions who solemnize their marriages ought not to be forced to struggle with issues arising due to conflicts in various personal laws,” she added

Justice Singh made the observation in a judgment related to a divorce case that involved parties from the Meena community in which provisions of the Hindu Marriage Act, 1955 aren’t applicable.