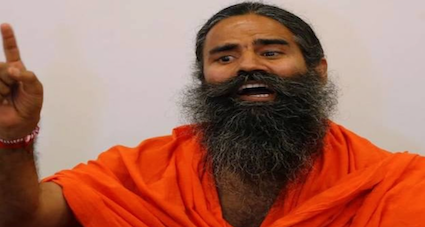 Delhi High Court on Thursday slammed Delhi Medical Association (DMA) and refused to restrain Yoga guru Ramdev from making any statements against allopathy or in favour of Patanjali’s Coronil kit, saying he was entitled to his opinion under free speech laws.

While hearing the plea filed by DMA accusing Ramdev of making statements against allopathic medicines, the court said while they understand his statements are affecting the public, but “You people should be spending time to find cure for the pandemic instead of wasting the court’s time”.

The court said someone has a view that it is because of the inefficacy of allopathic medicines that so many people have died and it was of the view that it comes under Article 19(1)(a) of the Constitution.

“If I feel some science is fake. Tomorrow I will feel homoeopathy is fake. Do you mean they will file a suit against me? I put it on Twitter. You will say take down the Twitter account. It is a public opinion. I do not think your allopathic profession is so fragile,” the court observed.

DMA, in their plea, also claimed that Ramdev is creating a vaccine hesitancy by claiming that Coronil can cure Covid-19. The court sharply responded to the argument saying, “If Patanjali is violating (rules), it’s for the government to act. Why are you carrying the torch? This is public interest litigation, masquerading as a suit. You better file a PIL saying that he called it a cure and then changed it to immunity booster, and in the meantime, millions bought it.”

Further, Justice C Hari Shankar said that he (Ramdev) may be right or wrong but, “He believes everything can be cured by Yoga and Ayurveda. Court can’t say Coronil is a cure or not. It has to be done by medical experts.”

“Let’s say 10,000 people bought Coronil and 9,500 died. You go to media and say that Coronil has killed 95 per cent. In that case, Ramdev will file a suit against you? Allopathy has worked for some and not for some. It’s a view,” the court stressed.

The court mentioned that they will issue a notice but can’t give a restraint order and asked Ramdev’s legal counsel to tell him not to make any provocative statement till the next date of hearing on July 13.