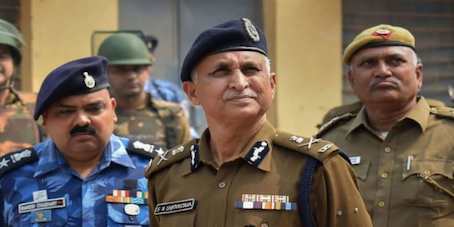 Delhi Police has formed nine teams to crack down on those who caused violence and staged anarchy in the Capital on Republic Day.

As per reports, officers of the level of ACP would lead each of the nine teams to nab the vandals. They would be given half a company of paramilitary under their command to search down these rioters.

So far, 200 people have been arrested by the Delhi Police. Their counterparts in Haryana have booked nearly 2,000 unidentified protestors for trying to break barricades in Haryana’s Palwal district and trying to forcibly enter Delhi.

A total of 37 farm leaders and rioters have been charged. Notable names include Darshal Pal, Rakesh Tikait and Yogendra Yadav.

A Lookout Notice (LOC) has also been issued against them.