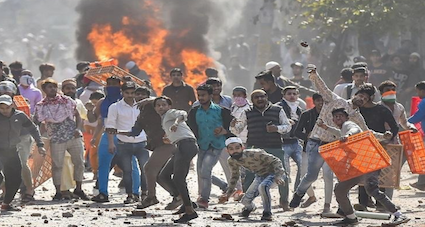 In a massive development, the Delhi High Court noted that riots in northeast Delhi in 2020 were a “pre-planned and premeditated conspiracy” to disturb law and order and did not take place in the spur of the moment.

The judgment, passed by Justice Subramonium Prasad, said, “The riots which shook the National Capital of the country in February 2020 evidently did not take place in a spur of the moment, and the conduct of the protestors who are present in the video footage which has been placed on record by the prosecution visibly portrays that it was a calculated attempt to dislocate the functioning of the Government as well as to disrupt the normal life of the people in the city.”

“The systematic disconnection and destruction of the CCTV cameras also confirms the existence of a pre-planned and premeditated conspiracy to disturb law and order in the city. This is also evident from the fact that innumerable rioters ruthlessly descended with sticks, dandas, bats etc. upon a hopelessly outnumbered cohort of police officials,” the court added further.

Justice Prasad made the strong observation while denying the bail request of an accused, Mohammad Ibrahim, who was arrested in December for killing Head Constable Ratan Lal.

The judge, while acknowledging the importance of personal liberty in a democratic polity, clarified that “individual liberty cannot be misused in a manner that threatens the very fabric of civilised society by attempting to destabilise it and cause hurt to other persons.”

“Even though the petitioner cannot be seen at the scene of crime, he was a part of the mob for the sole reason that the petitioner had consciously travelled 1.6km away from his neighbourhood with a sword, which could only be used to incite violence and inflict damage,” the court said.